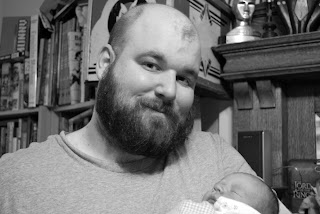 First off, thanks to everyone for their kind wishes for our new little family. We are all still doing well and I have come realized that I don't actually need or like sleep that much.

Secondly, I just got back from Coachella and I had the time of my life down there. For those of you who don't know what Coachella is, it is a festival held each just outside of Palm Springs. "Big fucking deal,"right? WRONG! It was chill as fuck and here are some musings about the weekend:

Twitter is so stupid: All weekend I would overhear people talking about it and then it made me have to sit through M.I.A. set (the worst thing I saw all weekend by the way) because she was twittering about how Lil Wayne was going to join her on stage. Well, in the end he didn't and she sucked... but it did give me an idea for a new arthouse film: "White People Dancing to MIA".

I could have been the whistle-blower on that: Last week the news broke that David Hasselhoff had fallen off the wagon and this blog could have totally had the scoop on that story because the Hoff was wandering around the backstage of Coachella like a drunk kid at Jr. Prom. I swear on the life of me child that this will not happen again. So everyone start bracing yourselves for the news that a certain female co-star of Spiderman can, again, no longer sing-a-long to her Project X record without feeling a little bit silly.

Best Set: Throbbing Gristle. Never did I think that a stage full of high school art teachers would be so menacing.

Your Joking Right?: Jake Gyllenhaal and Reese Witherspoon looking legit shook when Henry Rollins and Ian Mackaye walked by them. 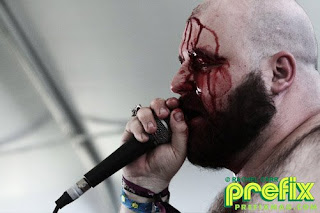 and it did nothing to help Fucked Up's African American Fanbase. 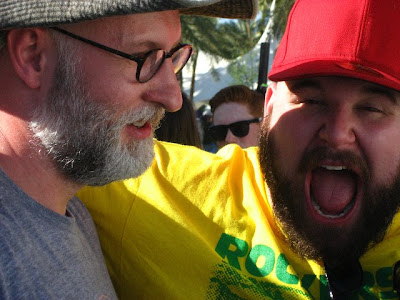 congratulations on your bundle of joy!

Your film should focus on finding the exact breaking point at which excessive self-awareness is overcome enough to dance, but not enough to look anything but white. I'd click a youtube link about that.

those comments bout the bleeding, 'we'd kick jay-z's ass for that' cant be real ,thers too many of them . ha

Many congratulations on the baby. :)

Hey, is that Bob Mould in the last pic?

yes sir it is.

I recognized Bob Mould straight away. He's awesome; as are you.